In our last post we didn't quite make it to San Francisco.  After we left Palo Alto we drove to an area where we thought we would be able to hike on the San Andreas fault.  After looking over the warning signs for rattlesnakes, mountain lions and ticks we decided to skip that portion of the program.  We drove towards SF along the fault on Skyline Blvd (but at no time in CA did we feel any shaking). 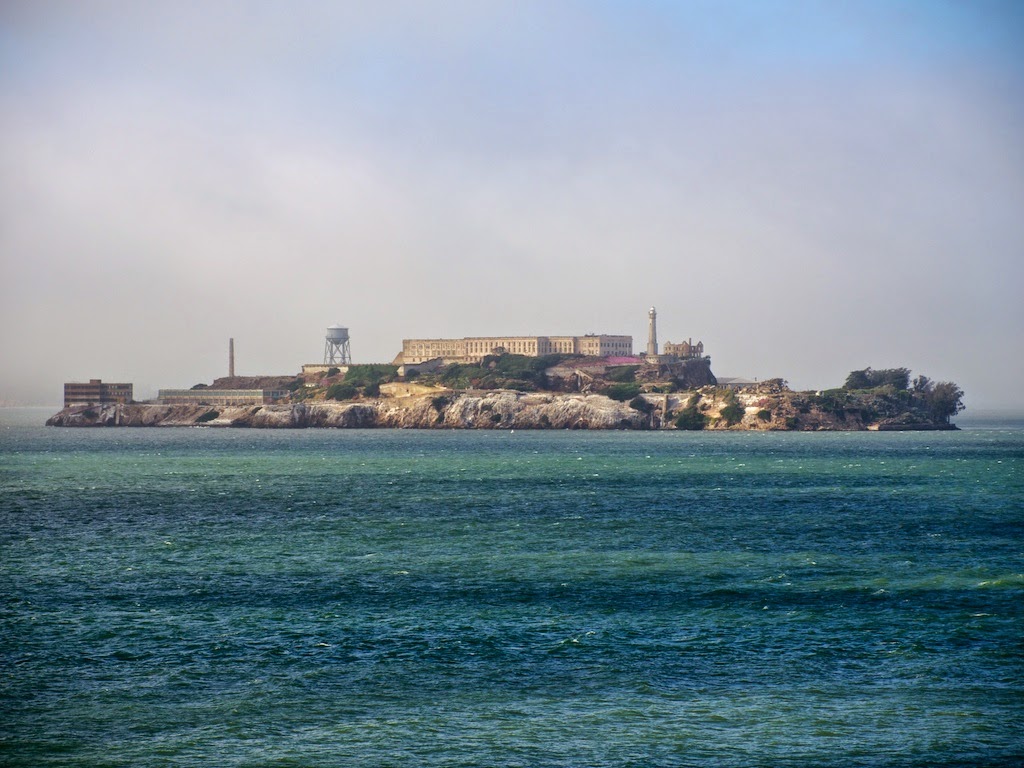 We stopped at a park to see if we could catch a glimpse of the Golden Gate Bridge but it was fogged in.  We did see Alcatraz...  Later we had a fine meal at Herbivore in SF with Danny Brook and his family, with a stop at Dandelion Chocolate afterwards - yummy!  Our Airbnb was located in Berkeley and was a nice house with friendly people.  The next day we took the BART in to SF and walked around.  The first stop was at the Coit Memorial Tower which gave a nice view of the city and had great depression era murals painted downstairs. 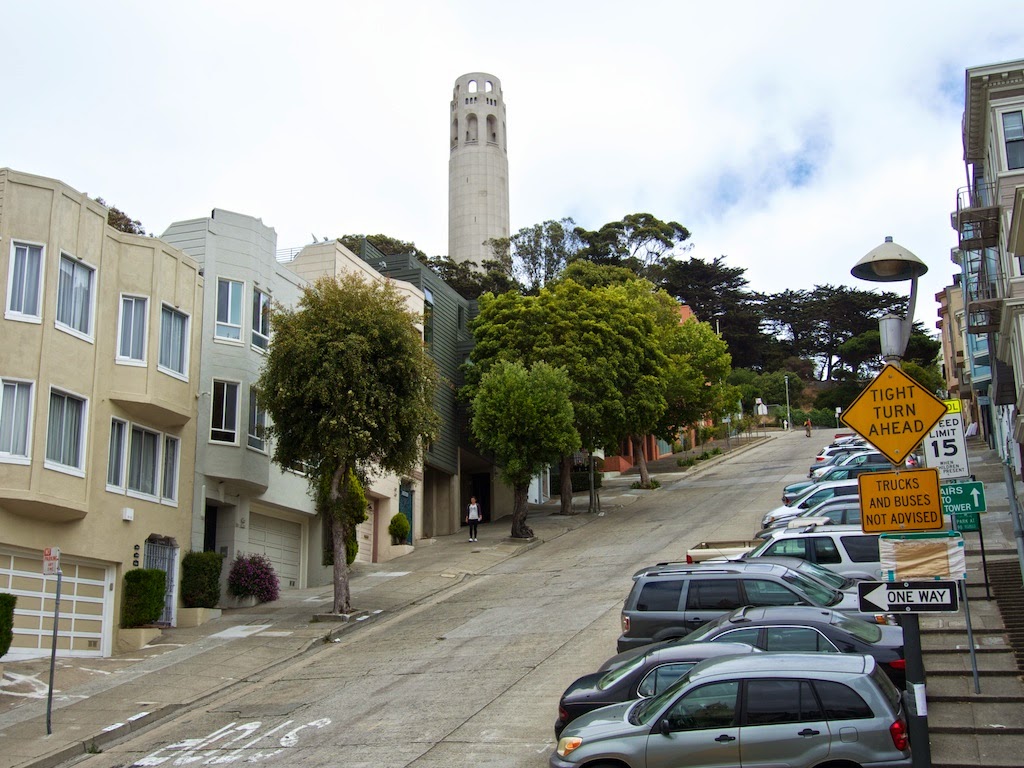 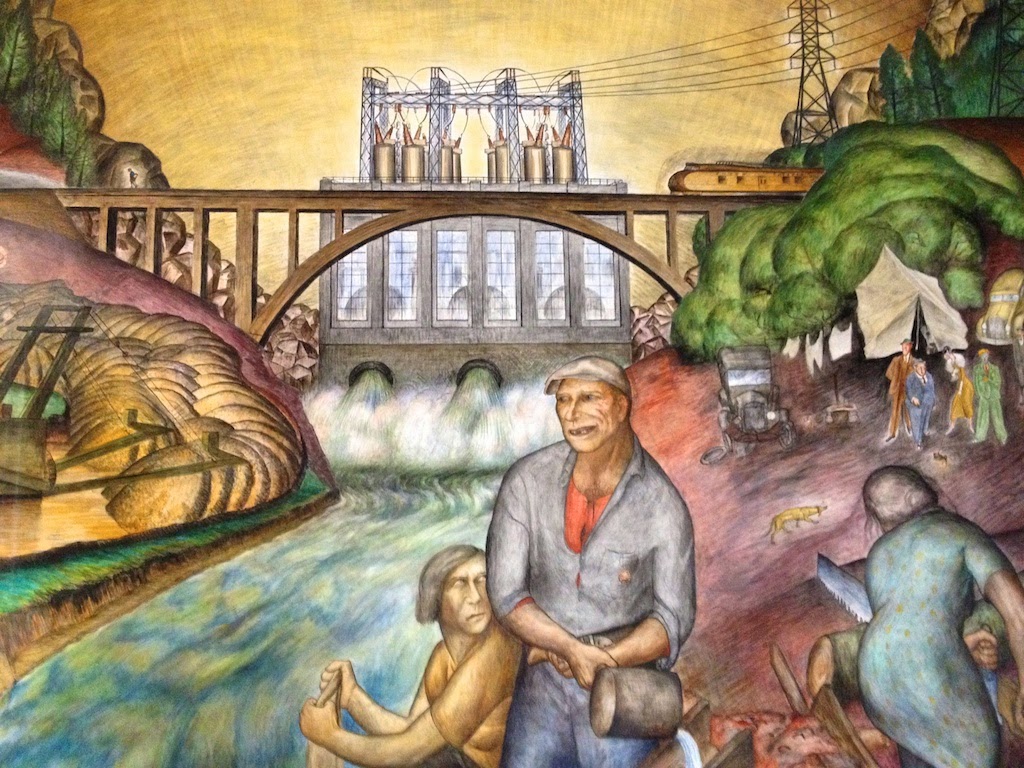 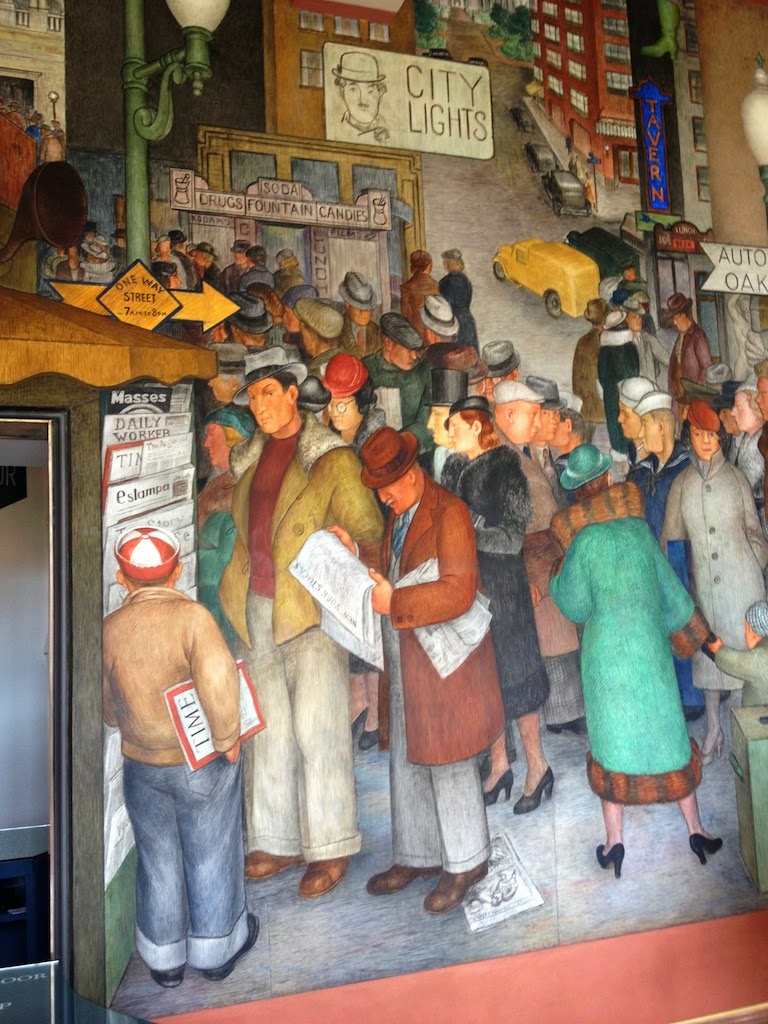 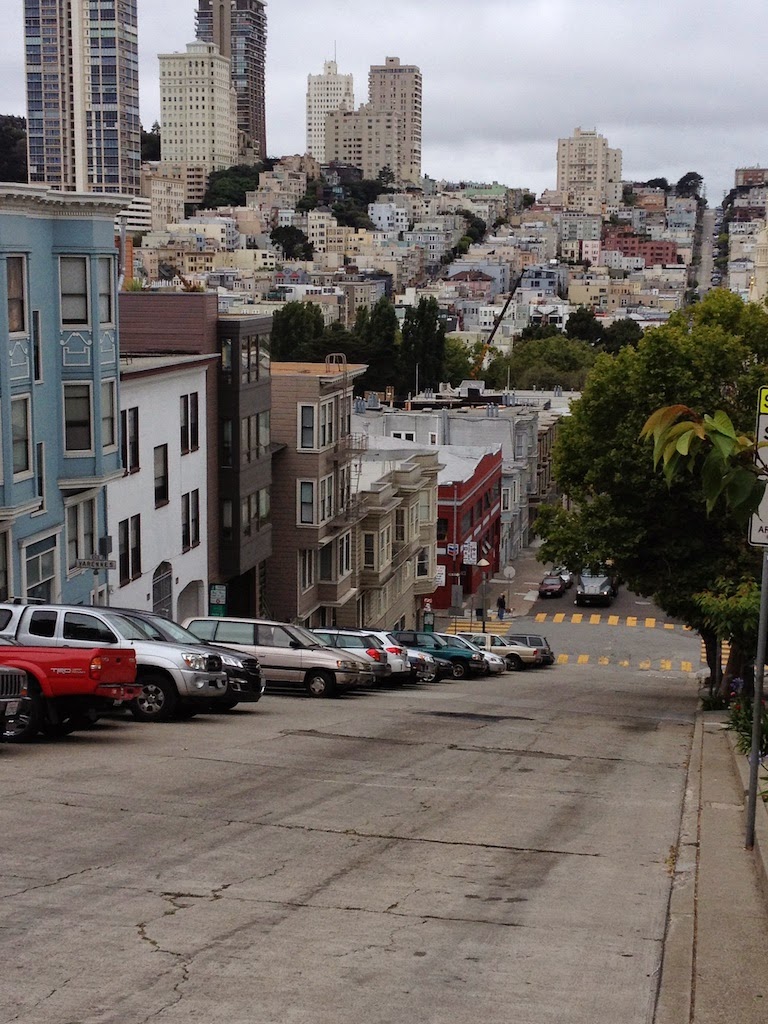 We also stopped at the cable car museum which is a fun, SF favorite. 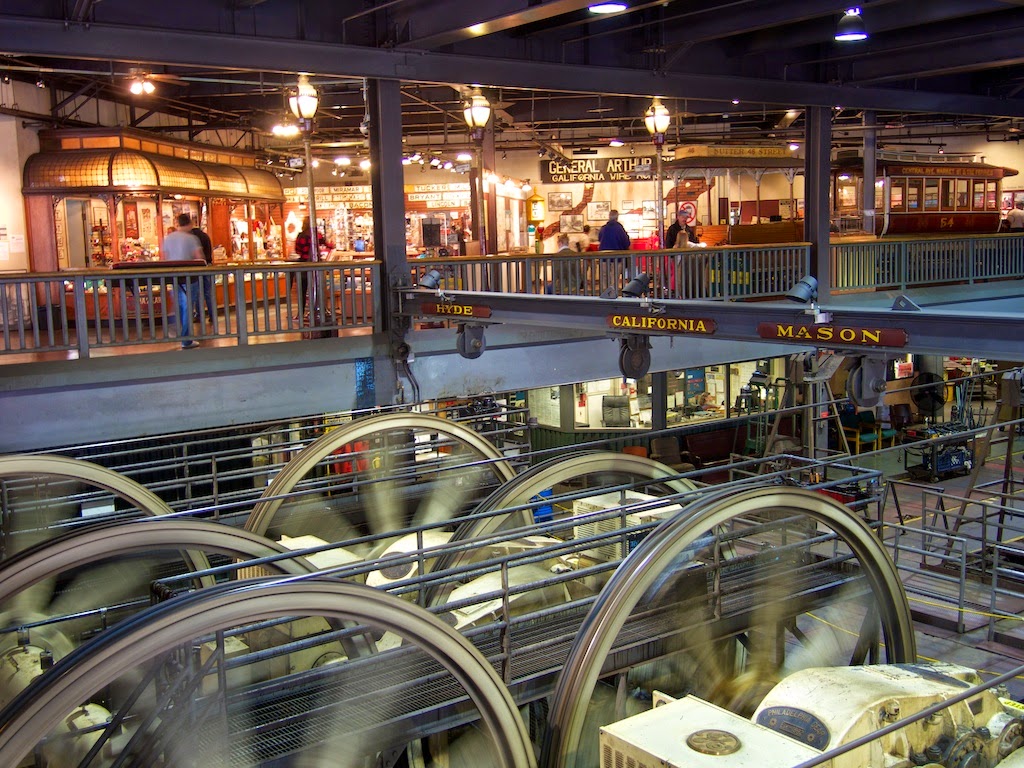 The Fairmont Hotel on Nob Hill was beautiful! We also took some time and explored the majestic SF City Hall. 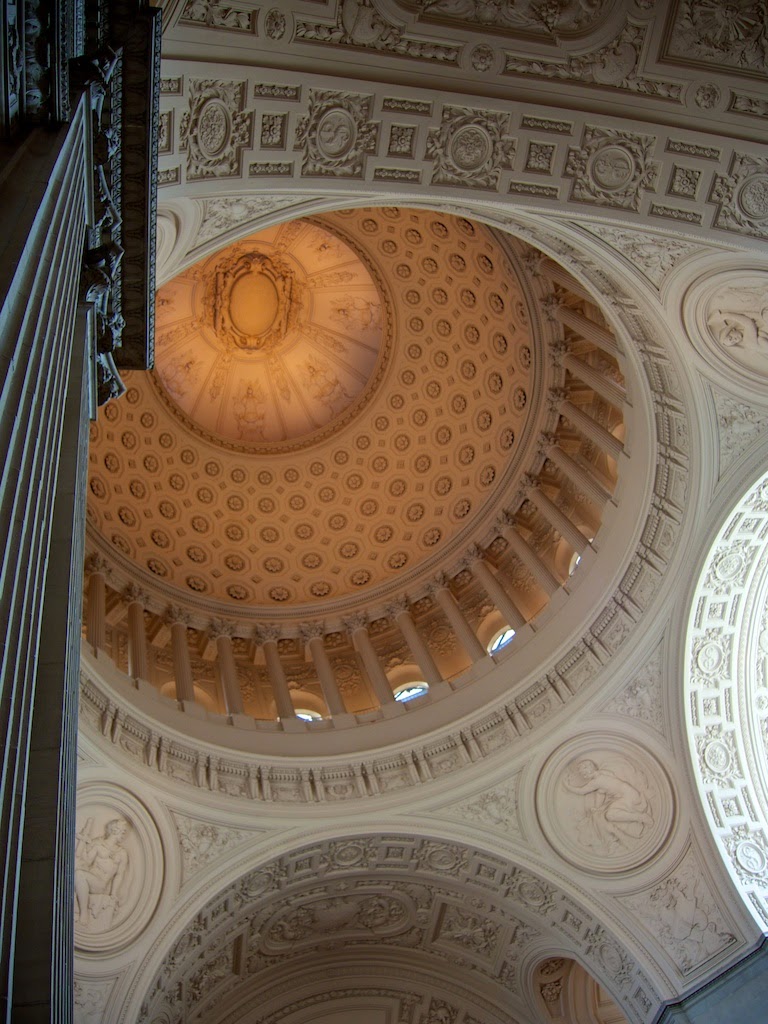 We had lunch in Chinatown at the Loving Hut and for dinner we went to Gracias Madre in the Mission District.  Gracias Madre was really outstanding - what a wonderful place!  I hear they will open in LA as well. 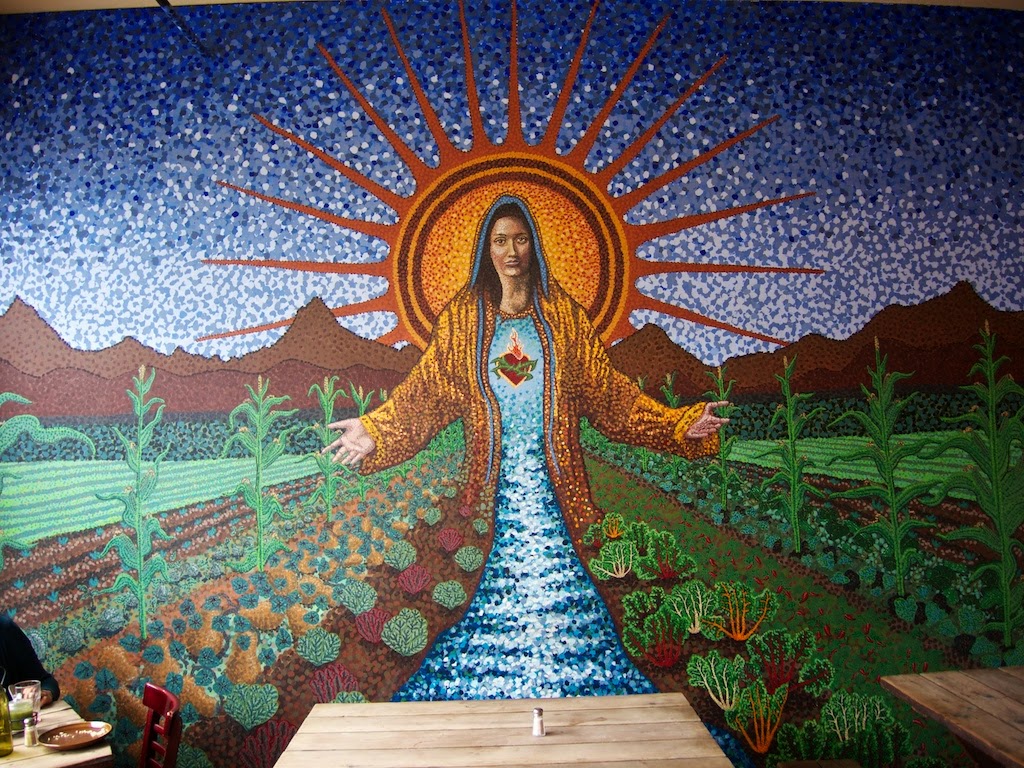 After a long day we wound up in Oakland because we got on the wrong BART train but made it back to our Airbnb OK.

On our way out of Berkeley heading towards Mendocino we had breakfast at the Berkeley location of Herbivore.

Posted by Randall Collura at 4:58 PM

A blog about me and what I'm interested in